Chicomostoc-La Quemada is an archaeological site. It is the remains of a fortified ceremonial centre built between 400 and 900 A.D. It has defensive walls made of volcanic tuff, remains of buildings of various sizes and 50 large terraces spread over five levels. The Hall of Columns, the Ball Court and the Votive Pyramid are its most famous structures. 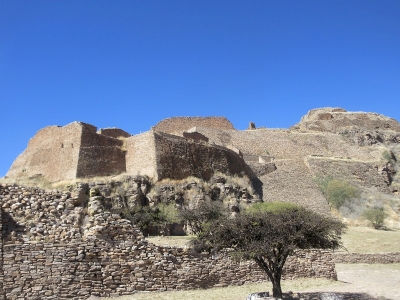