The Ancient Plovdiv is part of the Tentative list of Bulgaria in order to qualify for inclusion in the World Heritage List.

Map of The Ancient Plovdiv 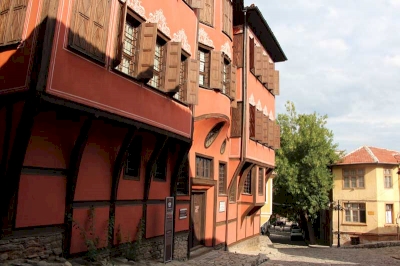 Plovdiv is one of several cities that claim to be the world’s oldest. I visited Bulgaria’s second largest city before the community meeting 2018, covering a bunch of TWHS on the way. The Bachkovo Monastery, the Alexandrovo tomb, the Neolithic Dwellings in Stara Sagora and Kazanlak WHS are all close.

It’s certainly not the worst place in Bulgaria. The old town is small but very nice, with some traditional houses. The Roman theatre is still occasionally used for shows and theatre performances. The new town has a rather communist flair, but offers a good variety of restaurants and shops. Further, there is a second TWHS within the city, the Bishop's Basilica and Late-Antique Mosaics of Philippopolis. None of the sites is a real highlight, but the ensemble of sites at least justifies a visit to Plovdiv.

The town is best reached by car. It’s on the A1 between Sofia and Burgas.

Withdrawn at request of Bulgaria before WHC meeting, after the ICOMOS report advised on Rejection. Reason: interesting, but not exceptional enough and doesn't meet the test of authenticity.

Not yet able to include vernacular architecture