The monumental ensemble of Tirgu Jiu is a work of sculptor Constantin Brancusi. It was created in 1937 in memory of the heroes who fell during the First World War. The ensemble comprises three sculptures: The Table of Silence, The Gate of the Kiss and the Endless Column. 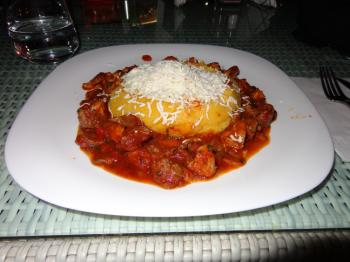