Centre historique d'Irkoutsk is part of the Tentative list of Russia in order to qualify for inclusion in the World Heritage List. 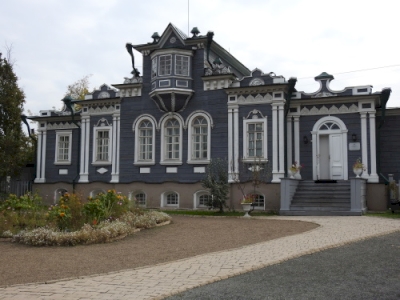 I was in Irkoutsk in June 2008. If anyone wants to see the old Siberian Russian wooden architecture, please hurry up, not much is left of what was once a typical XIX century town. Old houses are deminishing all the time and they are constantly replaced by "modern" architecture. There are no plans (at least they are not visible) to halt that process, only a few houses in historic center were carefully restored. All others are just left on their own. Very sad. But nevertheless the old Russian Siberian architecture is fantastic, all wooden ornaments are very interesting. If they only preserve ...