Map of Bishop's Basilica and Late-Antique Mosaics of Philippopolis, Roman Province of Thrace 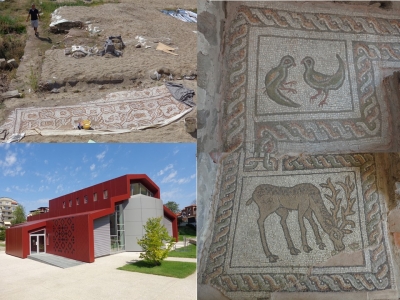