Although it turned out to be a familiar picture, I didn't know anything about the Temple of Heaven before coming to Beijing. Probably because there are so many other good sights in China's capital. The Temple of Heaven is situated in a large park, that serves as a meeting place for the city's elderly. They have their badminton spots, their tai chi, their singing and their ballroom dancing here. It's fun to watch them, an it's easy to relax yourself here too. The temple buildings are very picturesque. It looks like they descended from heaven and were planted here to impress the people. The blue tiles on the Hall of Prayer for Good Harvests, and of course its peculiar shape, make a wonderful sight. 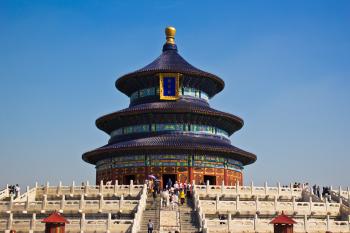 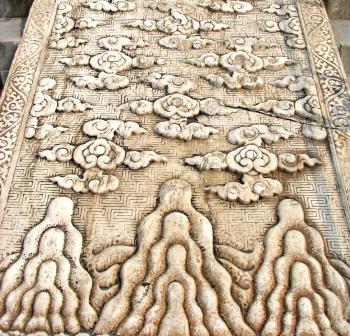 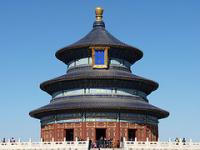 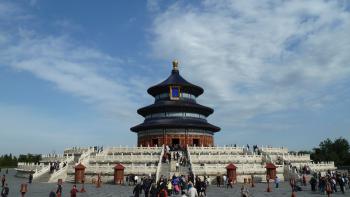