Within the valley, I visited the village of Ogimachi, a two hour bus ride from Takayama in the middle of the Japanese Alps. There quite a lot of the Gassho-zukuri houses can still be found together.

Although it was packed with Japanese tourists, I liked it a lot. The environment is totally unlike the stereotype Japan. In a way, the scene remembered me of Bhutan, where in the green valleys also these kind of big houses annex farms still stand (however without the characteristic thatched roofs). 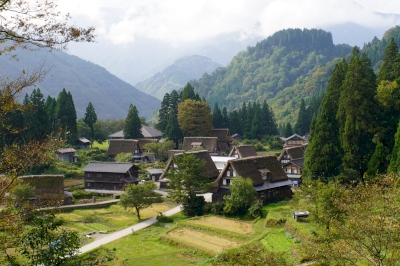 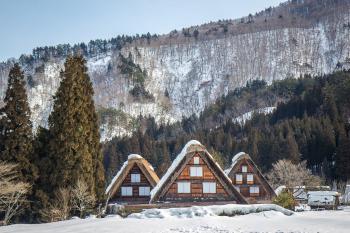 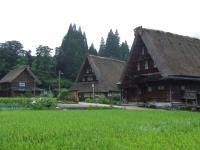