The Archeological Zone of Paquimé, Casas Grandes is a pre-Columbian archaelogical site.

It began as a group of 20 or more house clusters, each with a plaza and enclosing wall. These single-story adobe dwellings shared a common water system. Evidence shows that Paquimé had a complex water control system that included underground drain systems, reservoirs, channels for water to get to the homes, and a sewage system 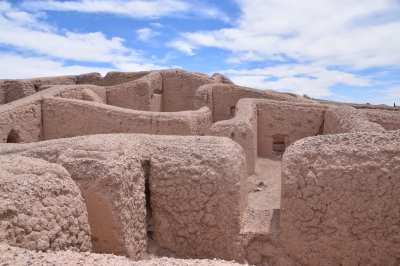 Need for a Comparative Study: Bureau -pending the results of a comparative study of property of this type located in Mexico and the United States. (Referral) - seems not to have taken place