Tanumshede, the central town, is located about half way on the main road between Gothenburg and Oslo. Once you've left the highway, the site gets the same low-key flavour as its Finnish Bronze Age counterpart Sammalahdenmäki. I started my visit here at Vitlycke, which has a small 'museum', a shop and a cafe. Entrance is free and there are handy maps on offer to get a feel for the whole area. The story told at the exhibition is simple: about 3000 years ago this area was located at the sea shore, because the sea level was about 25 metres higher then than now. The local people cut carvings into the rocks of items symbolic to their daily life and beliefs. From Vitlycke I drove to Aspeberget. It's only a couple of minutes away. Uphill is a large panel with a lot going on: strong bulls, hunters, a number of sun representations and innumerous ships. The best panel of them all, I think.

On the other side of the road, a bit more inland, lies Litsleby. This is the site of the great Odin figure.

Finally I went to the other side of town to the panels of Fossum. These were the least interesting ones, but there are some cute little dogs depicted. 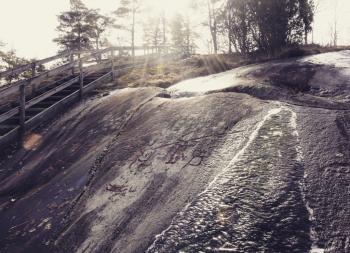 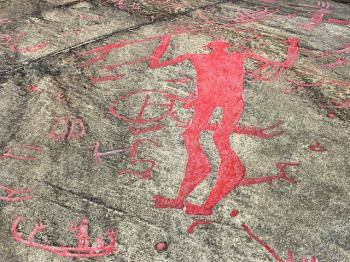 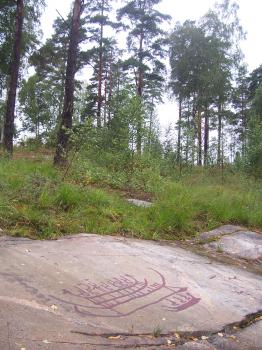 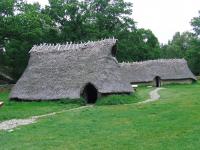 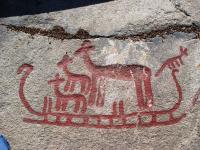 I went to Tanum in august 2005, it is really worth a visit. The rock carvings are everywhere in the area, most of them are probably undiscovered because they are overgrown with forests. Some of the carvings are really big and they are of a great artistic value, it feels like walking around in a bronze age art gallery.