The Fort is located on the top of a hill, and we walked there in the late afternoon. I remember that it was getting dark when we returned, and that there were lots of local kids yelling at us, walking with us or wanting to hold hands. 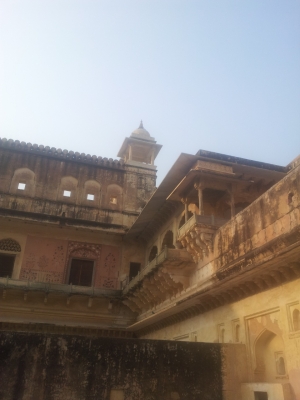 Hill Forts of Rajasthan can certainly achieve WHS status. These forts are remnant of splendours of Rajputana. Be it the marvelous architecture, surrounding localities still bearing medieval characteristics , royal courts, palaces and some of them are still used by members of the royal families. These forts leaves the visitor awestruck with its charm and glorious history. Anecdotes of the Kings of Rajasthan is still revered in India and some of them have crafted their tale of valour, patriotism and sacrifice in the peoples mind eternally.