Tiya in southern Ethiopia is an archeological site, which is distinguished by 36 standing stones or stelae.

They are marking a large, prehistoric burial complex of an ancient Ethiopian culture. 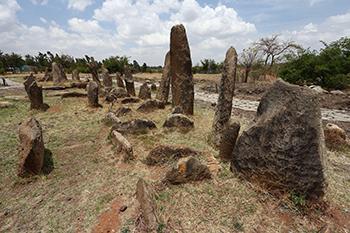