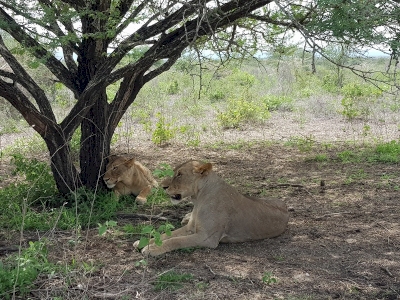 I recently visited Selous Game Reserve to photograph and carry out research for a forthcoming book about Africa's natural world heritage sites. A selection of stunning images from this visit is now available on the link below. You'll also find a map of the reserve, other information, comments, and links to Google Earth so you can view satelite images of the area.

Elephants could disappear from Selous within six years (01.06.16)

'Threatened' by Dams: proposed dam on the Rufiji River at Stiegler's Gorge within the Site
Poaching: Commercial poaching for ivory and rhino horn has been strongly affecting target species in several waves