I stayed in La Laguna for 2 nights at the final stage of my trip around Tenerife and La Gomera, and walked the city’s streets for some serious sightseeing on Saturday morning. Most historic buildings are private residences, usually with an elaborate front door or wooden balcony. The Historical and Antropological Museum of Tenerife is housed in one of them, the Casa de Larcaro. Entering the museum gives you the rare opportunity to actually look inside one of these buildings – most of the other ones are closed to outsiders. The museum tells the story of the Conquest, the sugar industry and the Larcaro family. La Laguna has some good 20th century architecture too, such as the Palace of Rodriguez de Azero (now the Casino) and the Leal Theatre. It’s by night that the historic city center really comes alive. The pedestrian streets are filled with cafés and small restaurants, offering mainly tapas and pinxtos. No All-day-English breakfasts here: this is a place where the Tenerifeans and other Spaniards go. I had no problem to amuse myself here, enjoying for example the Canarian comfort food Ropa Vieja. All things considered: this is not a WHS visit that will stay with me for long. The street plan wasn’t that obvious to me, and unfortunately the tower that could provide a good overview was closed. The nomination file records no less than 16 reasons why it should be inscribed, something that even annoyed ICOMOS. Having travelled around La Gomera and Tenerife for a week, I can see that the Canary Islands are considered a stepping stone to the colonization of the Americas. La Laguna might be the best preserved example of that. 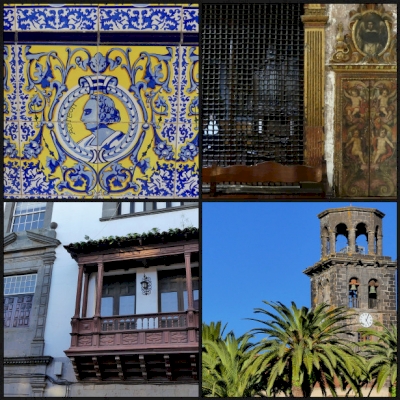 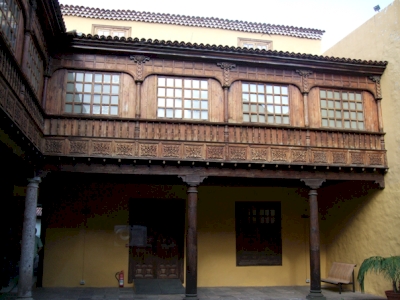 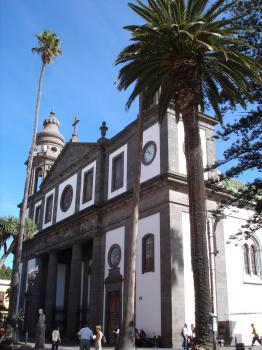 Cathedrals: Our Lady of the Remedies
Dominican Order: the Dominican Convent of Santa Catalina de Siena
Jesuits: Casa de los Jesuitas (Building started in 1733, by the Jesuit fathers, who moved in in 1737 and moved out again in 1767, when they were expelled from the Island.)
Augustinian Order: Cabrera Pinto School (Until the sale of church lands in the 19th century, it was a convent of Augustinian Friars, devoted to El Espiritu Santo. The Order was established in 1504 in La Laguna, and were granted the corresponding licence to give classes in 1701.)