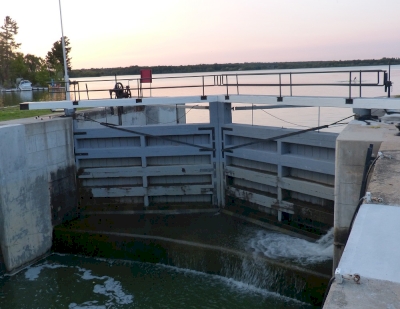 Since my mother has family in Ottawa, I have visited the Rideau Canal several times. However, these were family waterfront strolls and not discoveries with a WHS hunting mindset. During the Covid 19 pandemic, all Quebec borders were closed except the one with Ontario. We therefore chose Kingston as the destination for the Labour Day long weekend in September 2020 and visited (or at least saw) all the components of this site.

Of the five fortifications listed by UNESCO, only Fort Henry could actually be visited. During the pandemic, they cancelled all guided tours and special activities and replaced them by a self-guided tour using a map and by interpreters in period costumes. This route allowed visitors to see both sections of the fort and to tour the museums and exhibition halls. It is possible to walk along the ramparts and understand the importance of this military structure in the defense of Kingston harbour. The ramparts offer the best view of Cathcart Tower on Cedar Island.

The other two listed Martello towers, Shoal and Murney Towers, are currently only open to visitors from the outside. The Shoal Tower, located on the marina docks in downtown Kingston, is a fairly mundane building. From the marina, you can get a good view of Fort Frederick, while access to the Royal Military College of Canada (where it is located) was still impossible due to the pandemic. The Murney Tower is located a little further west on the shores of Lake Ontario. It was among the last (1846) and most technologically advanced of the Martello towers built in Canada by the British. The rapid evolution of military technology, however, has quickly rendered it obsolete. The tower museum was also closed due to the pandemic.

Of course, we also made a stop at Kingston Mills to take a closer look at some of the canal locks. This section was particularly interesting, as the facilities still have the historical mechanisms for opening and closing the locks. Four locks and a defensive blockhouse can be seen there. The natural setting, on the shores of Colonel By Lake at sunset was very pleasant and made for a wonderful picnic after a busy day.

The various elements of the Rideau Canal are interesting and well preserved, but not exceptional. One day is enough to drive around the different components. Without possessing other World Heritage attractions, Kingston is nevertheless a friendly city with a beautiful town center and nearby natural attractions. 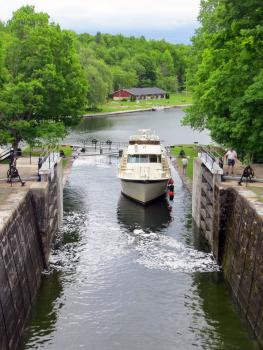 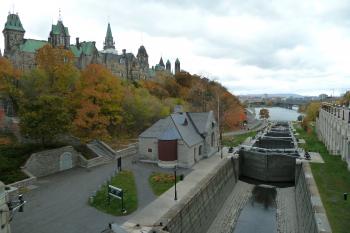 the rideau canal is also great, the locks that drop it into the ottawa river (located in ottawa) are very interesting. the canal is still used today. in winter, many people in ottowa skate to work/school on the canal.

Universities: Royal Military College of Canada has its campus partly on Fort Frederick

Located in a Capital City: Ottawa (Capital of Canada)
Built or owned by British