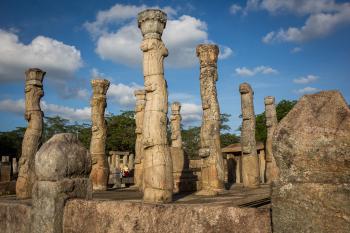 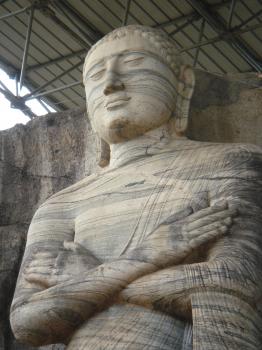 Located in a Former Capital: Kingdom of Polonnaruwa (1055 -1284)
On Banknotes: 50 Rupees; 1982
Undergoing Restoration or Repair: Thuparama Temple (part of Sacred Quadrangle) - scaffoldings, seems like maintaining the complete structure of the building, no info on how long it will last (Nov 2015)
Foreigner prices: 25 USD, free for locals