Bernardo Rossellino was the main architect who executed the pope's ideas. The buildings and objects that he designed are in a Gothic style with German influences. Also, the technique of sgraffito was used all over town.

The Piazza Pio II is the main square of the town. It holds Pienza's major 15th century buildings:

The square also features an ornate well designed by Rossellino.

Pienza is a small but nevertheless pretty little town in the Tuscan hills. It has preserved its medieval center very well, it all comes across as very homogenous. The center is almost completely traffic free, so it's a pleasure to walk in. An hour or 2 will be sufficient time to take in the main sights and roam around for a while. I almost immediately found out that the place to be in Pienza is the walkway overlooking the Orcia Valley. Local old ladies and Japanese tourists alike enjoyed the combination of the warm sun in their faces and a great view over the Tuscan countryside. I quickly purchased a pannino con prosciutto at a nearby cafe and joined them - already that great feeling of being in a different world, just 4,5 hours after I left Amsterdam. Dutifully I also had a look at the local sights. At the central square, quite small and strangely trapezoidal-shaped, I visited the interior of the Cathedral. And I joined a guided tour of the impressive Piccolomini Palace next door. It costs 7 EUR and is in Italian only, but worth going. Both Palace and Cathedral are virtually museums that hold major works of medieval art. 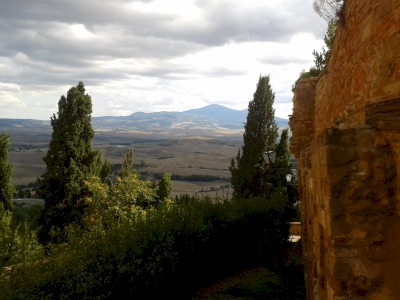 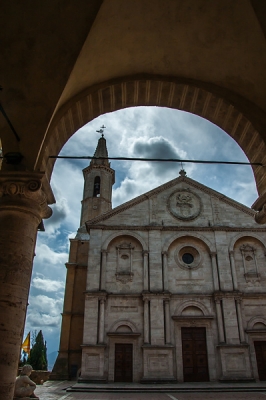 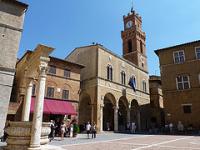 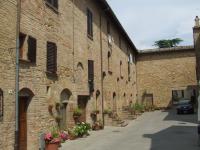 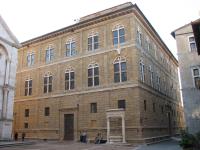