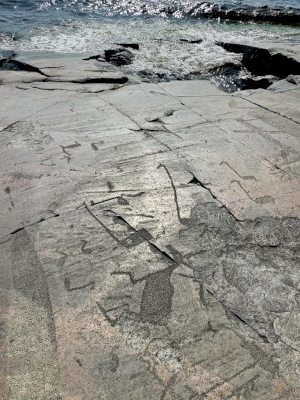 Petroglyphs: 4,500 petroglyphs (AB ev)
Hydro Power Stations: During the construction of the Vygostrovskaya Hydroelectric Power Station, a dam was constructed. It buried the southern group of the petroglyphs of Besovy Sledki discovered by V.I. Ravdonikas in 1936. (nom file)