It was constructed during the Arab occupation of this area in Spain over 1000 years ago. The inhabitants of Elche used well known techniques from the Near East and the Sahara-region to let this desert bloom.

Close to the notorious holiday resort of Benidorm, where I was staying with acquaintances of my parents, I found this little treasure. The surroundings are almost like a desert, but thanks to the clever irrigational system a palm tree forest survives.

When I visited the site in 1987, it hadn't reached World Heritage status yet. To be honest, at that time I didn't know about the UNESCO World Heritages either, so Elche is recorded in my memory only as a nice daytrip. 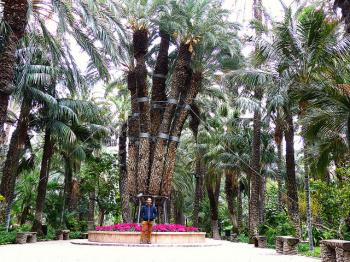 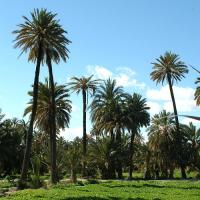 The Palmeral of Elche is an great example of Arab agricultural practices on the European continent. 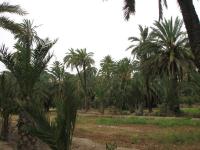 A beautiful park. I was mesmerised. If you're in the area it would be terrible not to visit. All ages could appreciate the tranquility.