A working hospital could easily be the most impressive architectural sight in Barcelona. We stayed in a hotel just around the corner (Medium Medicis, well recommended), and that way observed the coming and going at the hospital every morning. Ambulances with their sirenes turned on speeding past, or nurses and doctors dropping in on one of the cafés to buy some delicious fresh bread. The Palau de la Música Catalana, located in Barcelona's city center and hidden behind a glass front, is also very worth while to visit. You can only get in via one of the guided tours, which are conducted frequently. First a video is shown about the origins of the Palau, founded by the Orfeo Catalan (choir society). Then you are taken via the grand stairs to the main theatre. Sculptures represent the popular and classical music that is played here. A large stained glass object in the ceiling symbolizes the sun. 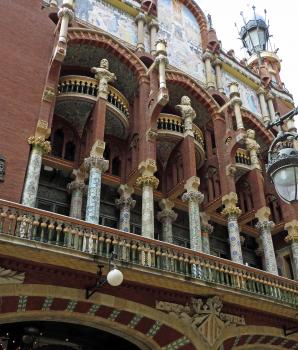 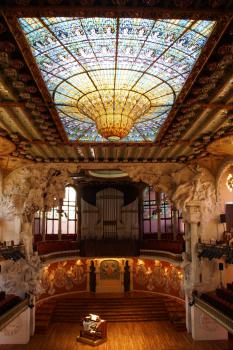 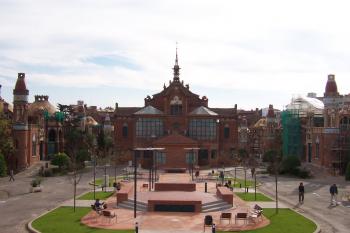