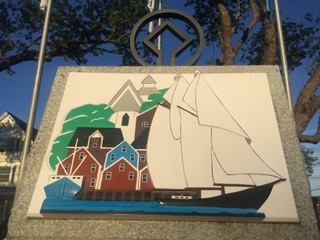 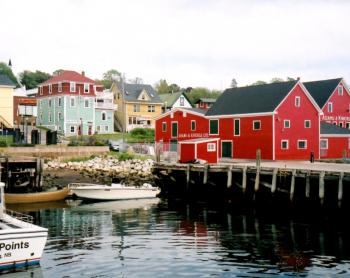 Wooden architecture
Ideal City: "The model town was an important aspect of imperial policy for the British, to provide the functional space thought necessary for the smooth working of a colony"

On Banknotes: $100; 1975;
Built or owned by Germans: Among the early settlers were many from various parts of Germany
Built or owned by British
Named after individual people: "The town was named in honour of the King of Great Britain and Ireland,George August of Hanover who was also the Duke of Braunschweig-Luneburg" (Wiki)