Berne was founded in 1191 by Berchthold V, Duke of Zähringen. After a fire in 1405, which almost completely destroyed the wooden-built town, the houses where rebuilt of sandstone. The medieval structure of the city originating from that time has remained unchanged up to the present day.

After the Middle Ages, monumental fountains, the cathedral, patrician houses and large public monuments were added to the cityscape.

In 1848 the city became the capital of Switzerland. Currently, Berne has about 130.000 inhabitants.

Despite its fair number of inhabitants, Berne is an easy town to explore. Actually there is one long road that crossects the old town. There you can walk under the covered promenade and admire the unique fountains. During my stay I enjoyed the tour to the interior of the Clock Tower the most. On this one hour excursion you get the chance to view the clock's medieval machinery in action. Another rather strange place to visit in Berne is the Bear Pit. Since ages Berne has displays live bears to remember where the city's name originated. Nowadays it's more like a zoo, but nevertheless an interesting idea when you know that bears have been kept here for so long. 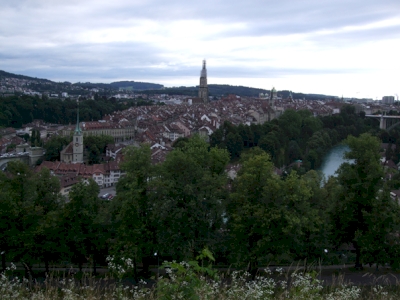 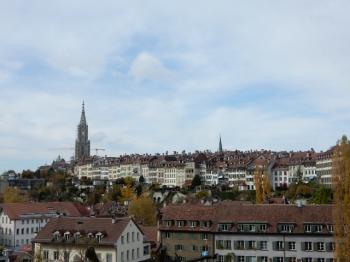 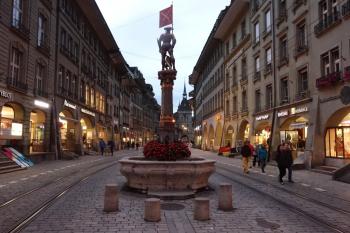 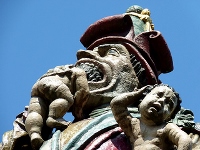 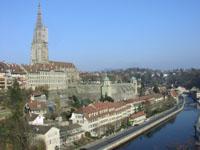 Saw Bern more than 30 yers ago, but still recall it as very picturesque. Not entirely a 'must-see', but certainly nice.

Astronomical clocks: Zytglogge, with a 15th century astronomical clock
Sites of Parliament: Federal Palace of Switzerland
Funiculars: Marzilibahn, built in 1885
Theatres: Municipal Theater mentioned in the AB evaluation as part of the expansion since 1848
Clock Tower: Zytglogge: a medieval tower, "a clock was first installed above the gate in the early 15th century, probably including a simple astronomical clock and musical mechanism"

Located in a Capital City: Bern (Capital of Switzerland)
On Passports: On Swiss passport version 2003, on page 9
Live captive "symbolic" bears: The "Bärengraben" is currently just outside the WHS boundaries on the far side of the Aar. "The first bear pit was at what is still called the Bärenplatz (Bear Plaza). The current pit is the fourth such enclosure, following on from pits at various locations around the city, and was first opened in 1857." See Wiki for story of how the bear became the symbol of the city.