The Shrines and Temples of Nikko are a traditional Japanese religious centre with Shinto shrines and Buddhist temples. The surroundings of Nikko have been known for ages as a holy place. The temples and other shrines in this area originate from the 17th century and attract attention because of their rich decorations.

The well known carvings of the three see-no-evil, speak-no-evil, hear-no-evil monkeys can be seen on the Sacred Stable. A few steps from that, the Youmeimon gate boasts over 300 carvings of mythical beasts, such as dragons, giraffes, and lions, and Chinese sages.

Another reason for rewarding Nikko is that it is associated with the Shinto perception of the relationship of man with nature, in which mountains and forests have a sacred meaning and are objects of veneration. The mountaneous landscape, the trees, the rocks: they all form part of the site Nikko.

There are a lot of temples in Japan, but the ones at Nikko I liked most. Nikko at its own disproves the common remark that Japan does not have world class sights.

The Toshogu-shrine is the best example of this. The main gate inside the complex is 11 metres high and painted with animals, flowers and human figures. Especially the smallest details (which you can only see with binoculars or the zoom lens of your camera) are magnificent. What at first just looks like a coloured border later turns out to be a whole scene. 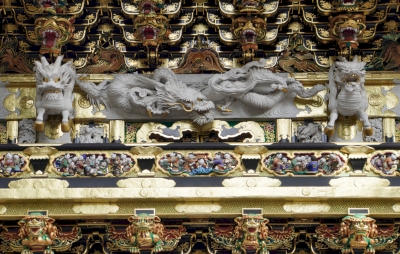 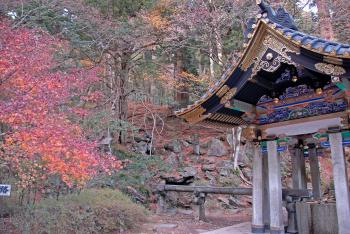 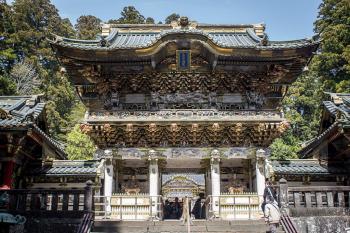 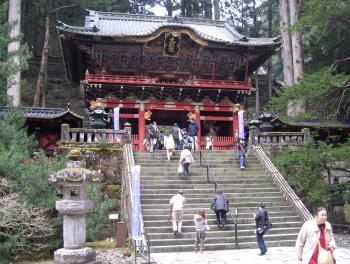 To visit the heritage in Japan, my first choice is Nikko. The constructor showed his power and treasury to build the most beautiful and colorful temples in Japan.