Nesvizh until 1939 was the family estate of the most prominent noble family from Belarus: the Radziwill. The WHS consists of a palace with landscape gardens and a church. I visited it right after Mir Castle: it lies just about half an hour away, a bit deeper into the countryside. With only 33 recorded visits on this website, it ranks a very low 442th among 500 European/North American WHS. On the day itself it was also much less crowded than Mir. I started with a quick lunch in Nesvizh town because I wanted to try out the Belarussian specialty ‘machanka’ (something creative with the regional staples of pork and potato – not recommended). On to the palace then, which lies at the end of a very long driveway on the outskirts of town. It has been reconstructed since 2001, was hit by a fire in 2002 but the works seem to be all finished now. You can compare my pictures with those in the other Nesvizh reviews on this website for a ‘before and after’.

They obviously are very careful with the interior of the palace, as everybody is requested to wear plastic shoe covers. What awaits inside is a series of European-style palace rooms. The founding Radziwill got inspired by French and German castles during his travels, and wanted to recreate such a thing for his family in Belarus. Like in Mir, there is not much original in here but the audio guide diligently explained per room what is 'real' and what from a later date.

After many dining rooms, bedrooms and a ballroom I came to the most surprising place: a room full of hunting trophies. I counted two stuffed bears and dozens of grouse. Star object in this room however is an American billiard table from 1896. This was too heavy for the Germans to take during World War II. In subsequent years, the palace was used as a sanatorium and the pool table came in handy in the recreation room. Its exterior is under scaffolding at the moment, but inside everything is still in place. A woman of about 60 stood guard at the entrance. She started a long talk in Belarussian, but luckily there were some visitors in front of me so I learned that it is first necessary to give a donation to the church. Only after that the lady removed the rope that separates the entrance from the rest of the church. Unfortunately I did not have enough time to explore more of Belarus than Minsk, Mir and Nesvizh. I’d like to see Brest and the Khatyn memorial, major historic playgrounds that suffered a lot in various battles. And Polotsk, a TWHS and supposedly the best preserved medieval Belarussian city. The Bialowieza Forest WHS is also still waiting. It’s about time to turn the tide in Belarussian tourism and relieve them from national worries such as Why Do So Few Tourists Visit Belarus?. 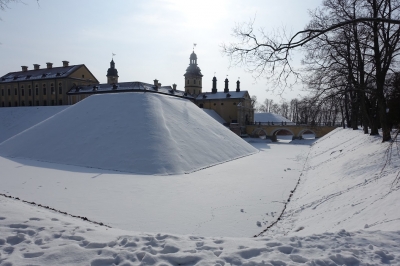 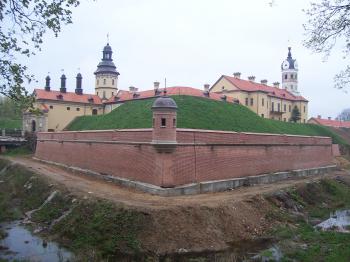 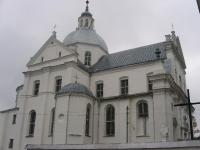 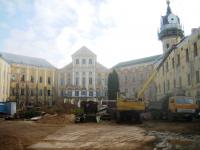