After having conquered Constantinople in 1204, the Crusaders divided Greece among themselves. Small states were created. One of those was Mystras, established by Guillaume de Villehardouin. It started as a castle, but the inhabitants of nearby Sparta fled to this safe place and developed it into a city.

At the end of the 14th century, Mystras was the centre of the Peloponnesus and flourished as never before. It also became an intellectual centre, where artists and writers found a refuge. What remains of the city are its churches, a monastery, some walls and roads. The steep, cobbled streets are mostly genuine, and give the feeling of actually walking there in the 14th century. The roads were narrow then, so narrow the edges of building were removed to leave more space for passers-by. Of course there were shops then, markets and handicraft businesses. It would be great to be able to time travel on this spot. The focuspoints are the Byzantine churches of Mystras. They were restored, both in- and outside. Frescoes, with a lot of dark blue colours, have come to the surface. The red round or octagonal roofs stand out between the now brown and green trees that surround this site. You can only walk around this scenery openmouthed. 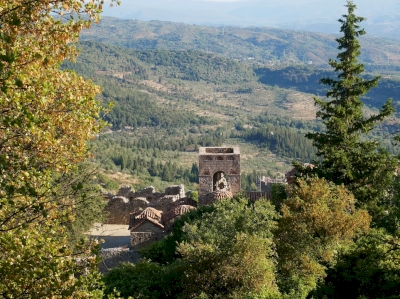 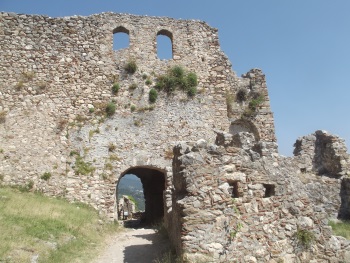 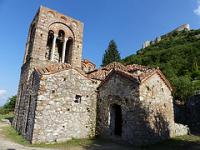 Byzantine Empire and Civilization
Republic of Venice: Occupied from 1687 to 1715
Ottoman Empire

Located in a Former Capital: Capital of Principality of Achaea (1249-1261) and Despotate of Morea (1380-1460)
Built or owned by French: Guillaume II de Villehardouin
Dubbed as another WHS: Florence of the East