I visited Meknes on the morning of the 1st of January, not the best choice of times. The Place el-Hedim, Meknes’s attempt at having their own Djemaa el-Fna, looked desolate (especially under the grey clouds that didn’t want to give way to the sun). The medina was deserted, most of the shops closed. The same unfortunately was true for the Dar Jamaï Museum, advertised by my Lonely Planet guide as “one of Morocco’s best museums”. One might also wonder why this medina has been placed on the List, next to the more mindblowing ones in Marrakech and Fez. You'll get a medina-overdose anyway in Morocco. 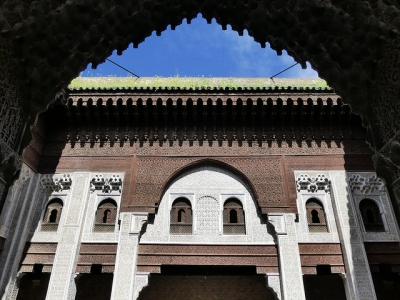 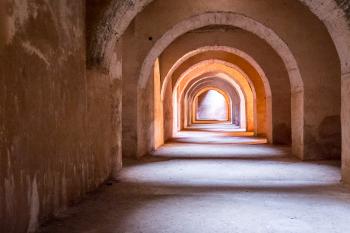 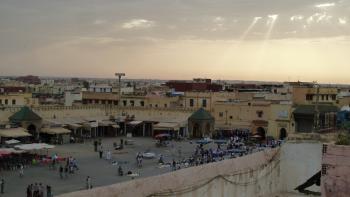 "Encyclopedia" of N Africa/M East - description, photos and some travel info on Meknes