Khajuraho is a little town somewhere in Northern India. The aspect little town has stuck in my memory more than the monuments. It is an ideal getaway from the overcrowded Indian cities. Rent a bike, visit the surrounding country side, relax ... 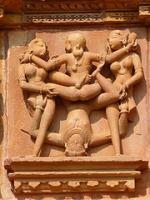 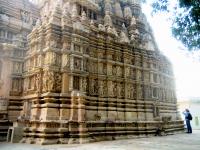 US citizen arrested for photographing Khajuraho temples with drone (24.02.16)