The Tumuli field at Hamad was the first one that I encountered - it's located next to the main road. Somehow I had thought of it as a remote archaeological site, but this field (and the others that I saw) is right in the middle of a town. Think of the size of a football pitch or a small park. And then it's just sandy hills with small rocks as far as you can see. Unfortunately there are no interpretative signs on site. 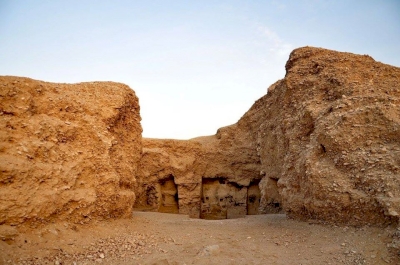 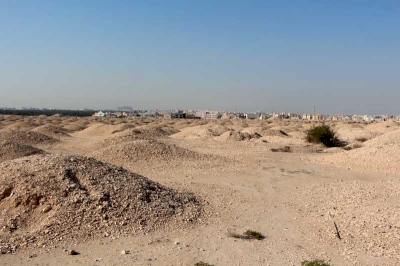 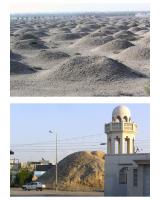