I had only an hour to spare before my flight back home, but thought that that would be just enough to see another cathedral. The first noticeable aspect in the area is the marvellous town gate Arco de Santa Maria. It gives entrance to the square where the cathedral is situated. When I arrived back at the entrance, the queue fortunately had gone so I did get in eventually. There are lots of chapels, each with their own kind of decoration. My favourite part of the building was the 16th century Golden Staircase. Burgos is a town busy with tourists and pilgrims alike. The city looks pleasant enough, so to other visitors I would suggest to tour the nearby Atapuerca WHS during the day and stay overnight in Burgos. 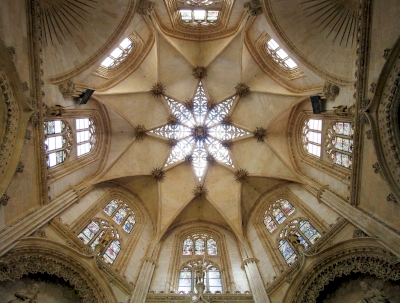 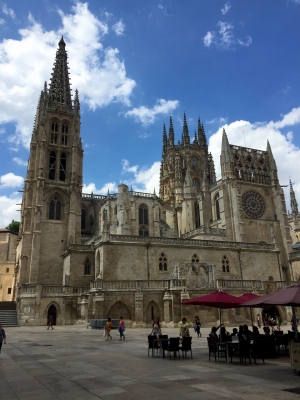 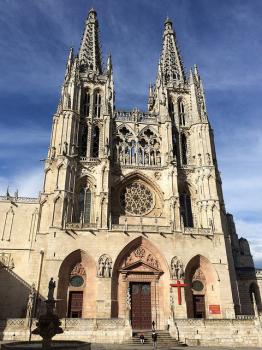 I visited Burgos twice. The first time was 1990. I don't remember too much about this trip, but what I did remember is the outside of the cathedral. I went again 2001 and I was surprised with the cathedral. It looks like amizing after the clean up.

I would suggest also to visit " El monasterio de las Huelgas" also in burgos city and Santo Domingo de silos. It is a medieval village not so far from Burgos. 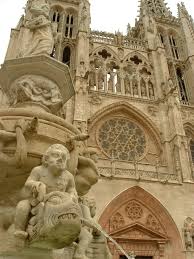 Burgos Cathedral is wonderful, its realy an outstanding art piece. I think it is the most beutiful building in west-europe! come to see it.

Burgos cathedral has now a fully restored clean stone exterior, so for the first time in a hundred years you can see what the designers intentions really meant for the viewing public.

Burgos is a beautiful cathedral, with outstanding artwork, and it houses the tomb of El Cid. It is well worth the admission, although charging people to enter a house of God rankles.

I've been in Burgos several time for work, and during each transfert I went back to the Cathedral, which is really a wonderful monument.