I can't believe I only discovered this site in 2018. I discovered the World Heritage List back in 2004 and it formed a major focus of my free time for a good decade or so. I never knew that there was such an active community of fellow like-minded nerds out here.

My visits have pretty much fallen off a cliff since 2015 as I have discovered there is a limit to what is responsible or feasible with a young family. Since my honeymoon I've only managed to visit three or four new sites (the 'maybe four' being Pont d'Arc where I visited the replica cave but didn't sneak into the actual inscribed area). So my reviews will be limited to newly-visited sites or ones I have previously visited but are lacking in reviews on the site.

And as my family grows up, hopefully I'll be able to drag them along as I recommence my quest ("Hey kids! Who wants to go and see some German Modernist housing estates?") 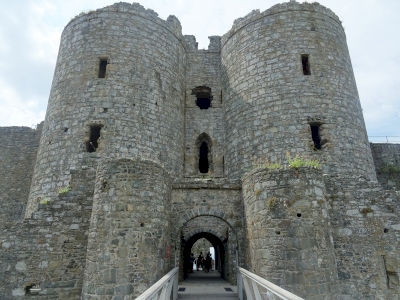 We picked our way through the low dunes to a suitable spot on the sand where we could spread out our picnic blanket. Keeping a wary eye on the ever-circling gulls we unwrapped our fish and chips, an impulse purchase after a long sunny day. The heat had died down slightly and the Conwy river flowed swiftly out through its wide estuary before us, sailboats straining at their anchor ropes. Thickly wooded hills rose beyond the estuary and the sun danced off water, mast and tower. For the walls and towers of Conwy stood opposite, the very picture of a classic movie castle. The view before me was deeply romantic – and yet also a symbol of oppression.

The Slate Landscape of Northwest Wales 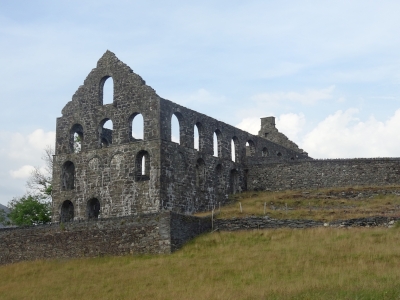 The single-track road to Cwm Ystradllyn wound further into the contours of the Welsh hills, the cottages and farmhouses becoming fewer and further apart with every bend. It was as if the terrain itself was muffling the intrusion of the modern world. A low rusted gate hung apologetically by a wooded dell through which a stream tinkled; it squeaked as I pushed it open. Cast-off shards of loose slate, as grey as a pigeon’s back, clinked sonorously beneath my feet as I climbed to slope. And there, at the top, surveying the wild moors, stood a towering structure. Four strong walls, three storeys high, punctured by rows of romanesque arched windows, only its roof missing. Nesting birds twittered from the gables and nodding glacier-blue harebells blanketed its foundations 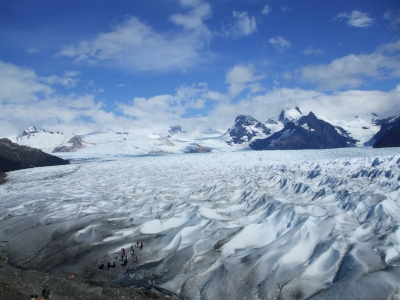 The kick was key. There was a perfect angle and force to drive the front pitons of my crampon into the hard-packed snow. Once I had mastered that, the slopes were easy to climb. Usually, though, we avoided the ridges and just followed the gullies through which meltwater rivers ran fast and clear as vodka. I stopped to catch my breath for a second, marvelling at the other-worldly scenery. A distant crash brought me to my senses, a reminder that despite my inactivity I was still moving. Slowly, imperceptibly, the glacier on which I stood continued its inexorable forward motion, inching towards the point where its calving face continually fractured and crumpled down into the frigid waters of Lake Argentino. 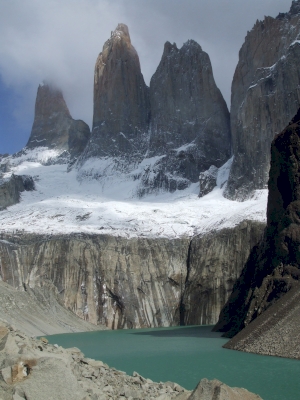 All we needed was for the icy Patagonian rain to stop pelting down. The morning’s climb would be tough enough without leaning into the face of a squall. And even if we did brave the storm, would we be able to see anything from the summit? The moment it looked as though the sky was starting to clear we moved, yanking on waterproofs, lacing up boots and hoisting packs onto our backs. Leaning into the last remnants of the squall we set out. But it was hard to keep our heads down for long. The shapes of the encircling mountains started to solidify behind the clouds. The rush of the Rio Ascensio was visible far below to our right. And the woodland through which we passed seemed fresh and alive. Our path switchbacked as we climbed a slope of stones and boulders

Name
Squiffy
Country
UK
Most Impressive
Petra. Not very imaginative I know, but I just love ancient sites
Proposal
Scrovegni Chapel, Padova. Exquisite and I'm glad to see that the nomination looks to be progressing.