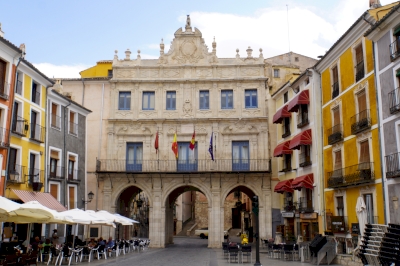 Old towns often perch on hills. But Cuenca has taken it to the extreme. Cuenca was built on a narrow rocky plateau between two ravines, one of them with vertically sloping walls. Space was sparse, so over the centuries the houses grew together into a nested whole, several storeys high or deep. Some of these houses were even extended with oriel windows and balconies that overhang the edge of the slope. And so the Casas Colgadas (Hanging Houses) have become the city's landmark. A creative way of dealing with a lack of space. 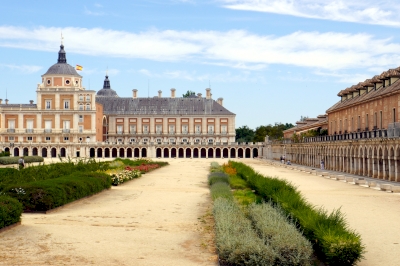 'Die schönen Tage in Aranjuez sind nun zu Ende.' The drama Don Carlos by Friedrich Schiller starts with these words. I am not sure whether Schiller is historically correct when describing the reign of Philip II in his play. Correct is that Philip II declared Aranjuez a 'Real Sitio' in 1560, and that he commissioned the construction of the Palacio Real in the same year. My impression was also that the best days for Aranjuez are gone when I visited the site in May 2019. But not because the palace and gardens were in bad condition (on the contrary, everything was nice and well maintained). It was rather because the area around the palace was almost deserted on that weekday morning. 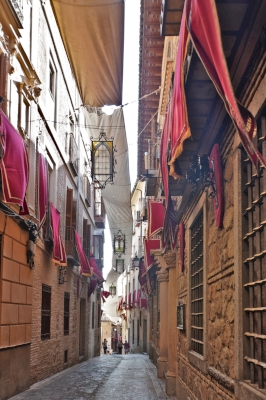 Toledo was the World Heritage site I was most looking forward to before I left for my trip through central Spain in May 2019. And I was not disappointed. Toledo is an intriguing city. Three religions have left their mark in the old town. Christians, Muslims and Jews lived here together more or less peacefully for centuries, until 1492. A Gothic cathedral, numerous other Christian churches, a former mosque and two former synagogues can be found close to each other. The city's architectural ensemble has remained almost unchanged over the last five centuries. 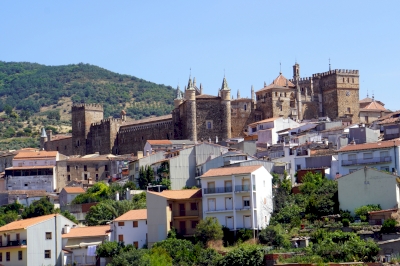 Given the rather remote location of Guadalupe, one might expect that only a few people visit the monastery. But quite the contrary, it is extremely popular. The monastery is associated with two significant historic events: the Reconquista and the Spanish conquest of the Americas. The Catholic monarchs Isabella of Castile and Ferdinand of Aragon received Christopher Columbus here several times before he set out on his journey.  Later, it became a tradition that conquistadors prayed to Our Lady of Guadelupe for support for their raids. And thus, the Black Madonna became the symbol of the Christianisation of Latin America and is a popular pilgrimage destination for Spaniards and all Christians from Spanish-speaking countries until today. 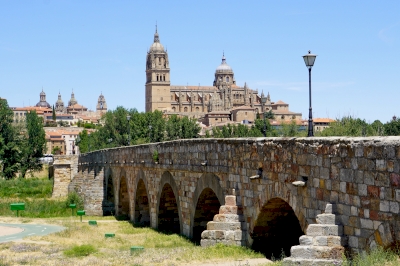 Salamanca is certainly the most elegant and glamorous of all the historic city centres on the Spanish World Heritage List. This is mainly due to its harmonious townscape. Almost all the historic buildings are made of the golden-yellow sandstone from the nearby village of Villamyor. And the Plateresque style of many buildings also contributes to the extravagant look of the city. Plateresque means the elaborate and detailed ornamentation that is applied to the façades, mostly to decorate the main portal. Salamanca is a hotspot of this late Gothic/early Renaissance style, you will find it everywhere in the historic centre. The façades of the University and the Catedral Nueva are two of the best examples.