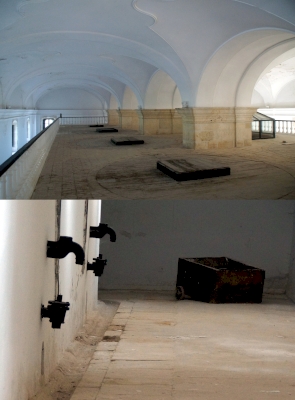 When you travel through Andalusia, you inevitably drive through olive groves. Actually, you do it all the time. The area around Jaen is called 'El mar de olivos' not without reason. But it's hard to say which of these countless olive trees would be included in a nomination and why. The monotonous olive landscape in Andalusia is more reminiscent of the mass product that fills the shelves of our supermarkets than of a cultural heritage of outstanding value. But the same could be said about vineyards, of course.The T-list entry from 2017 includes a list of 15 areas, but without detailed information and without coordinates

The Porticoes of Bologna (T)

My name is Maurice,  I'am switzerland from Zurich but my parents are Italian from Bergamo area.

So a couple of years ago we decided to visit some different towns of Italy,  the one who knocked me among all was surely Bologna.

And I don't want to mean the wide middle-aged City center with the Two Towers or the oldest and well - known all around the world University but especially the huge, amazing and fascinating net of Porticoes who embraces all the utban agglomerate. 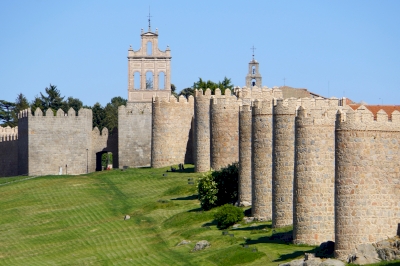 One advantage of the over-representation of some categories on the World Heritage list is that comparisons can be drawn between the sites. From this point of view, it was instructive to visit the last Gothic cathedral in Spain, Segovia, and shortly afterwards the oldest one, the Catedral de Cristo Salvador in Ávila. A development is clearly visible. The exterior of the austere Cristo Salvador cannot compete with the flamboyant Cathedral of Segovia. The Avila Cathedral looks almost like a fortress. Its eastern part is even an integral part of the city wall. But I liked the vestiges of the Romanesque style, especially in the interior. The red and white stone in the ambulatory and the beautifully decorated choir are the special features of the interior.

Art and Architecture in the Prehistory of Sardinia. The domus de janas. (T) 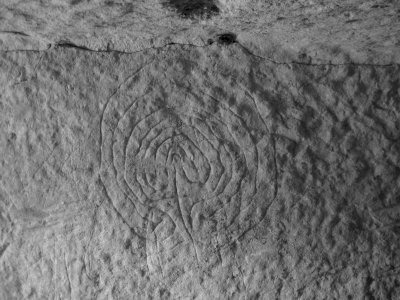 Last week, 3 foreigners accompanying an anti-poaching patrol in Arly NP in Burkina Faso were murdered. With the focus of the jihadist killers on the white people within a larger group, this does look like a terrorist act.  However, it also highlights the issue of poaching as they may not have liked the international attention for their illegal activities in the region and the park. I have used this tragic act for a refreshment of 2 connections on our website: “Poaching” and “Rangers killed by Poachers”. Poaching as a threat

According to the IUCN Outlook 2020, poaching is the number 1 threat to natural WHS in Africa and Asia and the 4th overall. The COVID-19 pandemic also causes an increased risk of poaching, as in-person staffing is reduced and illegal activities can flourish.

So far we only had 6 sites in our Poaching connection, but I got 52 hits on a text search for “poaching” on the UNESCO website. After some further scrutinizing, using the UNESCO documents and the IUCN outlook reports for the individual sites, I was able to extend the connection to 39 WHS. Notable additions include Okavango (hunting of giraffe for meat), Saryarka (reducing the numbers of the endangered Saiga antelope) and Lake Turkana (for bush meat and trophies (zebra)).

It becomes clear that poaching does not only cover the hunting of iconic threatened mammals such as elephants and rhino’s, but also illegal fishing and shooting of birds. It is sometimes the result of encroachment and low-level substinence hunting by local people. In other cases international criminal organizations are behind it. In Danger due to Poaching

9 WHS are currently placed In Danger because of Poaching. These are:

Looking at the seriousness and high occurrence of this threat you’d expect more of these to come. Strong candidates are Thungyai-Huai Kha Khaeng (tiger), Mt. Nimba, and Air and Teneré (gazelle and ostrich) – some of these sites have been hardly monitored during the past decade in the WH lifecycle and lack data from Periodic Reporting (should be every 6 years) or SOC reports. There are good news stories as well – anti-poaching measures have brought things under control in Chitwan and Ujung Kulon for example. At other locations, park rangers or members of anti-poaching units find themselves in the frontline against sometimes heavily armed poachers:

Want to find out how many World Heritage Sites you have visited already?

Do your count Or register!

WHS in the News

At the Colosseum, a High-Tech Refit Will Offer a Gladiator’s Perspective (05.05.21)

Drugs and agriculture cause deforestation to skyrocket at Honduran UNESCO site (01.05.21)

'Plain of Jars', one of the most mysterious archaeological sites, reveals its true age (29.04.21)

Dozens of Angry Archaeologists Say a Planned Renovation of the Acropolis Will Degrade the World Heritage Site (29.04.21)

'Out of control' fire breaks out in Cape Town's Table Mountain National Park (18.04.21)