Traveller, blogger and videographer from Australia, retired at 35 and travelling the world, aiming to visit every UNESCO World Heritage site. 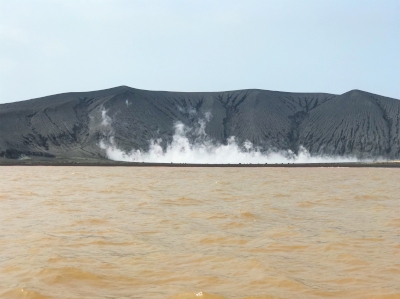 We visited the Anak Krakatau area in July 2018, and it seems much has changed since Clyde's review below. We accessed the site via the same method: a private 3 hour drive from Jakarta starting at 5am, followed by a bouncing 1.5 hour speedboat ride from Carita Beach. In December 2018, not long after Clyde's visit, the main cone of Anak Krakatau collapsed. A tsunami thundered into the mainland of Java, killing over 400 people and injuring thousands more.

The volcano itself lost about 250m of height, along with all of its trees. The island is now just a barren wasteland of hard-packed ash with canyons riven by rainwater 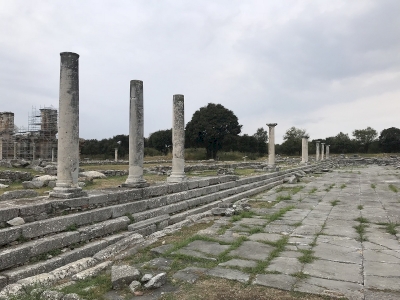 First things first: there is far less to see here than at most other ancient sites in Greece. The ruins are just that: ruins, and aside from the theatre, not particularly well-preserved. But it's the history here that really makes Philippi impressive. Given its name by King Phillip II of Macedon, father to Alexander the Great, it was also the site of a pivotal battle from Roman history. Just outside the city walls in 43 BC, an army lead by Julius Caesar's heirs Octavian and Mark Antony, faced off against an army lead by Caesar's assassins Cassius and Brutus. Caesar's heirs won the day, and the Roman Republic was no more 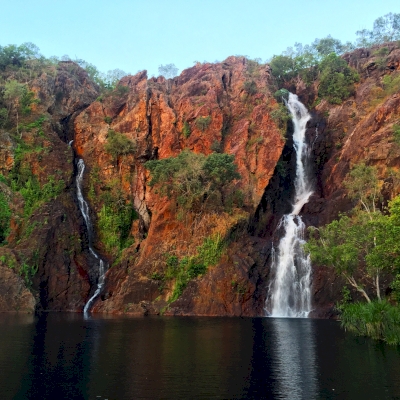 In my opinion, Kakadu National Park is one of Australia's most impressive sites. Home to ancient culture, gorgeous natural scenery, and a colossal variety of plants and animals, there's a lot to love about Kakadu. We visited the park over three days in June 2016, which gives you ample time to explore the various areas.

To reach Kakadu, your best option is to drive in from Darwin - a roughly 2 hour, 150km drive. It's best to go during dry season (May-October) as this is also the coolest time of year. Wet season from November-April is hotter, stickier and of course wetter: many roads in Kakadu will be flooded and impassable.

As other reviewers have noted, Ahmedabad is very much not a tourist city. It's hot, dusty and chaotic - even by Indian standards. We spent three days here in February 2019 as a base for visiting the three Gujarat WH sites (here, Rani-ki-Vav and Champaner-Pavagadh), and honestly it's difficult to really appreciate the World Heritage aspects of the city.

To try and fully understand the place, we opted for the Heritage Walk Ahmedabad, a semi-official endeavour supported by the local government and a bargain at only 125rs. The tour went for a couple of hours from the Swaminarayan Mandir, through various pol districts and ended at the Jama Masjid. It was a nice way to see the various aspects of what makes the city: Hindu culture, Muslim culture, along with the unique pol houses, and our young local guide was quite enthusiastic. That said, most of the pol houses are crumbling and poorly maintained - maybe that makes them more authentic? But at quite a few points it was hard to distinguish which were the historic houses and which were far more modern